A guide to the electronic books collections available through the BGSU Libraries. 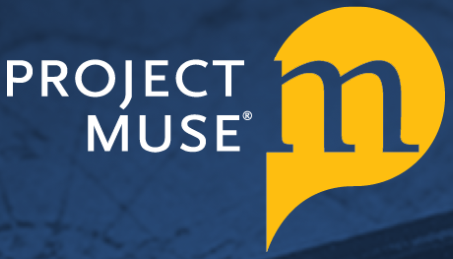 Coverage: Mostly 2006 to the present

Contains: BGSU has purchased 86 titles on Project MUSE and has access to around 1,800 open access titles. The collection is particularly strong in humanities and social sciences subjects.

Best for: A wide range of academic subjects

Compatible with: Anything with a web browser, pdf

Anatomy of a Project MUSE Book 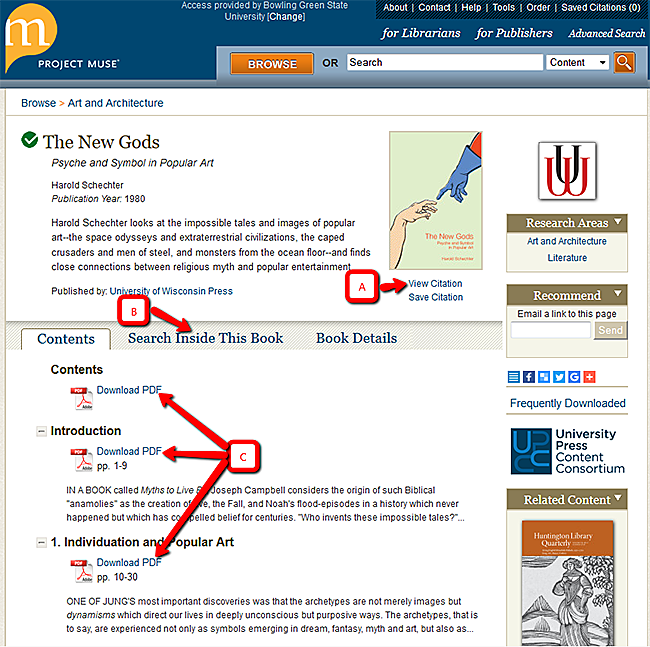 A. "View Citation" under the book cover image will show you the citation for the book formatted in MLA, APA or Chicago Style.

B. Go to the "Search Inside This Book" tab in the middle of the screen to search within the full text of the book.

C. Each individual chapter in a Project MUSE ebook can be downloaded as a pdf, making it easy to save, print, or view on a mobile device.