For those needing information on theatre and performance studies resources

Browsing in the library

Scripts and plays can be found in the P's (literature).

Collections of plays by English and American playwrights

Full-text plays written between the 13th century and 1911 can be found in the following databases:

Are you looking for the perfect song for your voice and audition type? Our new database can help you find the right one!

Using the catalog and OhioLINK

Search Summon by title or author, then limit to books. 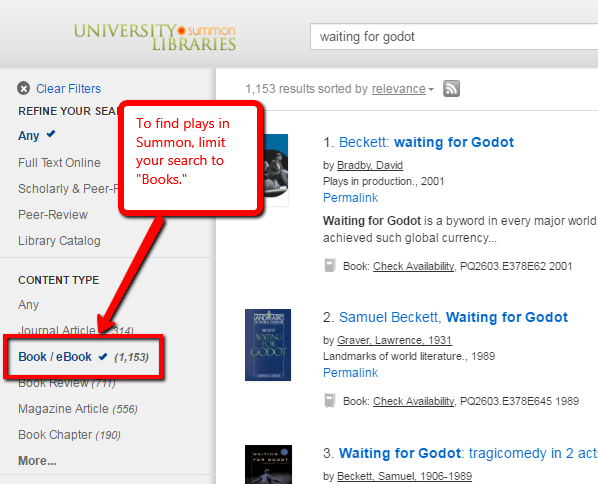 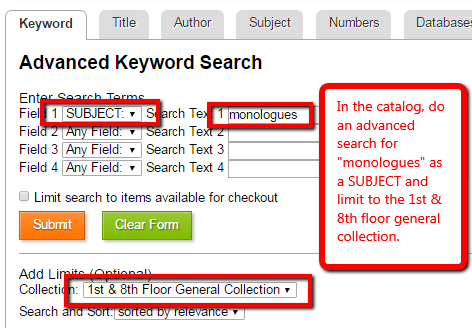 You can also start your searches in OhioLINK and request items from libraries all over Ohio.