International Business: Doing Business in the Global Arena: Getting Started

Getting Started with International Business Research

Use this guide, following the tabs above, to find information needed for doing business in other countries, international companies, and help with citations for BA3900.

Additionally, check out the Country Information LibGuide the provides links to many resources containing overviews and statistics on countries and regions.

The GlobalEDGE Glossary (Michigan State University) offers definitions to hundreds of terms related to international business.   Select terms and definitions are listed below:

Balance of payments -  A way to summarize a single economy's economic transations with the rest of the world, including all transactions between the nation's residents and all foreign goods and services providers.  Summary looks at the flow of goods, services and capital both into and out of the nation; while technically the overall figure must balance, individual accounts may be either in surplus or deficit.

Balance of trade - Net exports; the difference between how much an economy exports and how much they import, as measured in the currency of that economy and over a specified period of time. (A component of the 'current account', one of the individual accounts that make up the balance of payments and may indeed be in surplus or deficit.)

Dumping - when referring to a pricing policy, this is a type of "predatory pricing" wherein a product is priced below its sale price in the home market or is even sold at a loss to production costs, usually with the attempt to drive out competition (many governments impose anti-dumping measures)

Emerging market - a market considered to be making progress towards becoming advanced; generally evidenced by economic liberalization, high growth rate and the emergence of market exchanges and regulatory bodies

Excise tax - an indirect tax applied by a merchant or broker on goods either made or sold in a country; an inland tax (as opposed to 'border' taxes, like customs duties)

Federal Trade Commission (FTC) - A U.S. agency with the stated goal, "[to] prevent business practices that are anticompetitive or deceptive or unfair to consumers..."

Foreign direct investment (FDI) - the direct investment of one company into a company based in another country; often the investing firm has influence and/or control over the company in which they invest; generally done to build productive capacity within the foreign nation

International monetary system - an internationally agreed-upon set of rules that facilitate international trade and investment by regulating exchange rates and other means of payment; can be the culmination of many individual agreements between nations, or deliberately established, as was the case at the Bretton Woods Conference

Invisible barriers to trade - regulations that do not directly impeded trade but are excessive to the point where it is difficult, especially for foreign exporters unaware of these restrictions (hence they're 'invisible') to trade their goods and services

Outsourcing - an activity whereby a business contracts select business processes to an outside party, generally as a cost-saving measure

Political risk - the risk that a business's returns will be negativley impacted by political instability in a host nation; common considerations include changes in fiscal, monetary, trade, investment and income policies, or even more dramatic events such as civil war, political coups, terrorism etc.

World Bank - a United Nations financial institution which provides loans and support for reconstruction and development in emerging economies and its member states; also facilitates financing through partnerships 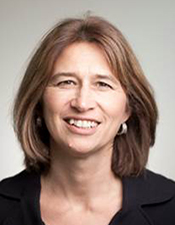