Overview of the Collection

The Frederick F. and Thomas F. Eckman Memorial Collection (also known as Special Collections B) consists of poetry books and periodicals with a strong emphasis on mid-twentieth century poetry and criticism. Collected by retired BGSU English professor Frederick F. Eckman in memory of his son Thomas, Eckman’s personal library is the basis for the collection and reflects both his academic and personal interests.

The addition of the Robert Peters (1992 and later additions) and Carol Berge Collections (1993+) brought the focus to include late twentieth century American poetry and expanded coverage to include a wider range of English-speaking and foreign poets. 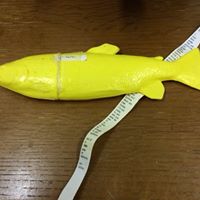 For more information about the manuscript collection, please visit the collection's finding aid.

The book collection contains works and periodicals by or about Ms. Bergé and her circle. All books by Bergé within the collection are the poet's personal copy.

For more information about the manuscript collection, please visit the collection's finding aid.